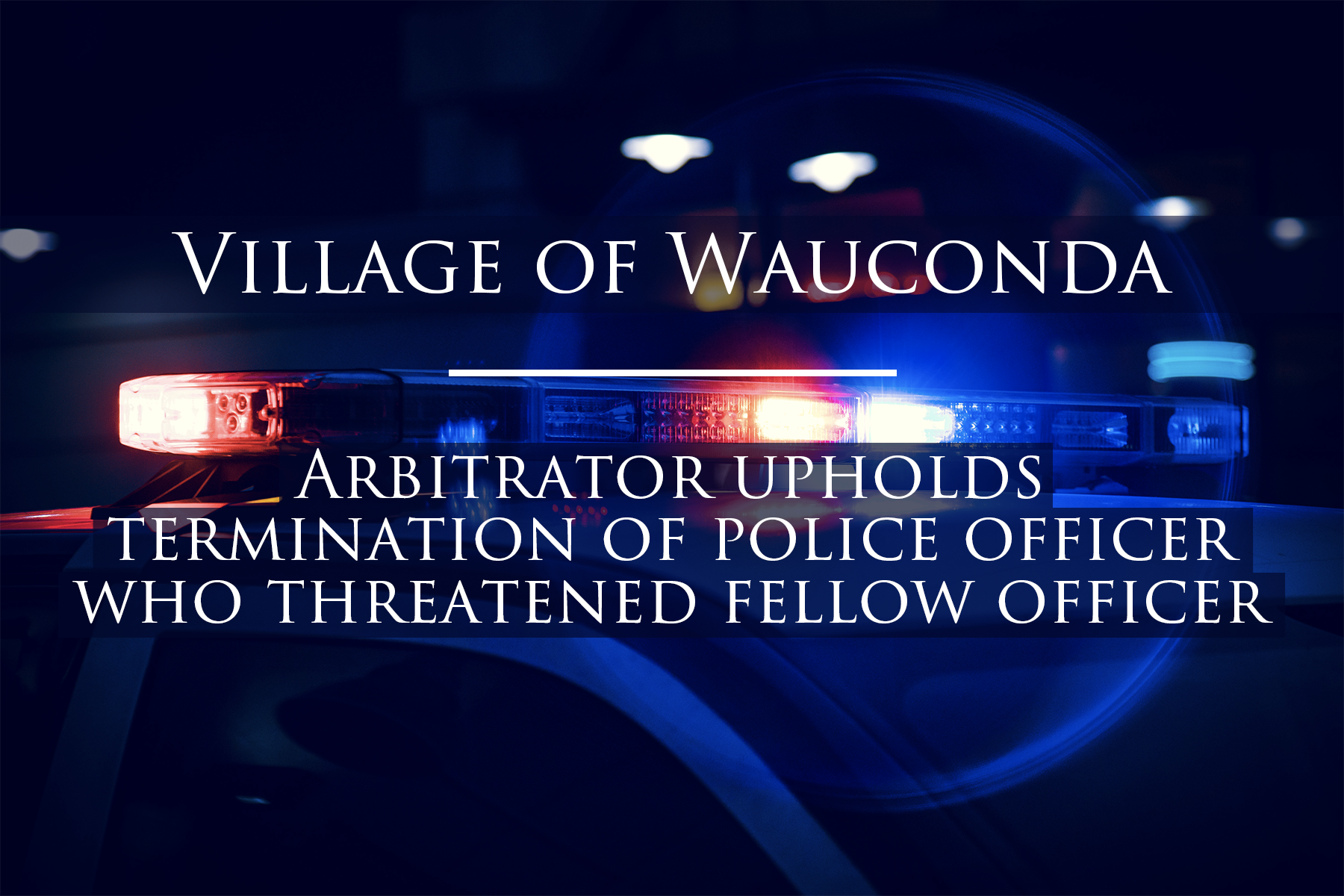 Most local government employees are protected by collective bargaining agreements. These agreements provide that any decision to suspend or terminate employment is subject to review by an arbitrator through the collective bargaining agreement’s grievance/arbitration process. Arbitration has largely replaced the system where public employee terminations were governed by a Fire and Police Commission or Civil Service Commission.

It is very difficult to overturn an arbitrator’s decision. For example in City of Aurora v. Association of Professional Police Officers, 124 N.E.3d 558 (2019), the City proved that following his divorce, a police officer secretly installed surveillance cameras throughout his ex-wife’s house including her bedroom. The City fired this employee and the matter was challenged by arbitration. The arbitrator found that the City proved its case, but he ultimately determined to reduce the termination to a one-year suspension. The City appealed and was able to overturn the arbitrator’s decision and obtain termination as a result of the Circuit Court Order. However, the Illinois Appellate Court upheld the arbitrator’s decision imposing a one-year suspension as opposed to termination.

Accordingly, it is very important for public employers who have determined that an employee (particularly a police officer or firefighter) needs to be suspended or fired, to carefully prepare the case at the front end. This includes obtaining witness statements and conducting a disciplinary interrogation of the employee prior to any final decision.

In a very important recent decision for all local government employers, Arbitrator Barry E. Simon upheld the Village of Wauconda’s decision to terminate the employment of a veteran police officer. The officer threatened a police officer from a neighboring jurisdiction with physical violence. Then, during the course of the internal investigation, he lied several times, even after being warned that providing false answers could be an independent ground for termination.

In denying the grievance and upholding the termination, Arbitrator Simon concluded that it is entirely proper for an employer to fire a police officer who has been dishonest during the course of the internal investigation:

An essential element of a police officer’s job is to testify in court. Grievant’s offense in this case would hang like an albatross around his neck each time he took the witness stand. With his credibility being subject to question, Grievant’s value as a police officer is severely diminished. As argued by the Village and agreed to by the Grievant, he is “damaged goods.”   His termination was warranted.

The entire Opinion and Award by Arbitrator Simon can be found HERE. John Murphey represented Wauconda in the arbitration.

Please feel free to contact us should you have any follow-up questions or comments regarding this important decision.