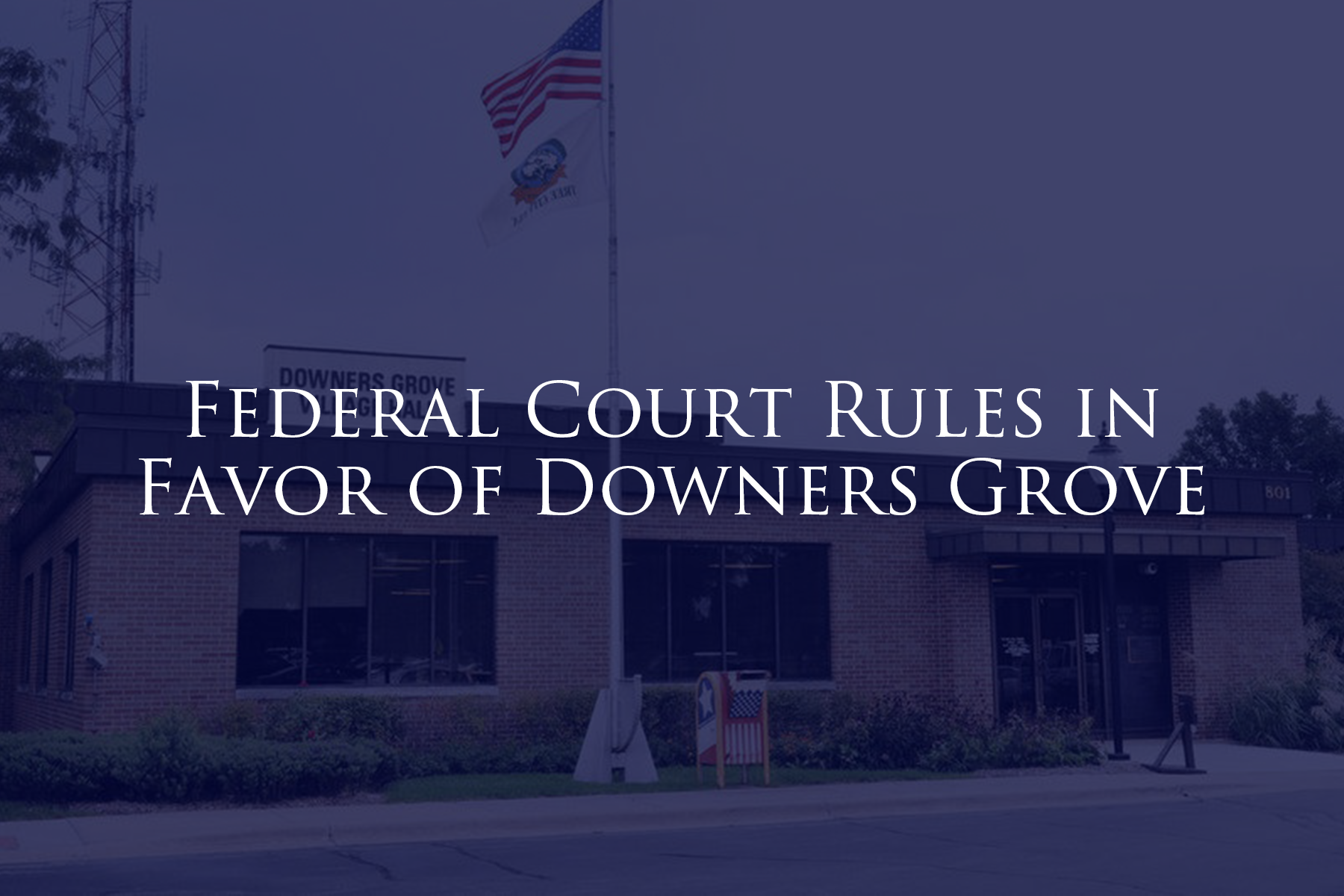 The Uniformed Services Employment and Reemployment Rights Act, commonly referred to as USERRA, is a very important law providing well-deserved benefits and job security to public employees who also serve in the military. USERRA is quite complicated and frequently requires legal analysis before employment decisions are made.

Like any other benefits law, USERRA may be misinterpreted by public employees. Such is the case of Carissa Smith v. Village of Downers Grove. We successfully represented the Village and defeated multiple claims of employment discrimination in violation of USERRA  by a former police officer.

Ms. Smith was hired as a full-time police officer with the Village. Almost immediately after she returned from the training academy, Ms. Smith received a one-year deployment order.  Because she was leaving for military service within a few weeks, the Department decided to hold off on initiating her field training officer (FTO) program. Why? Because FTO training is progressive, and the Chief determined Smith would have to start all over after her return from deployment.

When Ms. Smith returned to the police department, the Village placed her in the FTO program and she was progressing normally. When she complained that an occasional midnight shift assignment made it difficult for her to go to her periodic weekend military drills, the department changed her schedule to accommodate her military requirements.

As Ms. Smith continued to move through her probationary employment cycles, she suffered a workplace injury. Per the collective bargaining agreement, her time off for the work injury did not count toward completing her probation.

Smith was on track to complete her probation when she took a job as a full-time firefighter with the City of Joliet. Because she failed to give sufficient notice of her job change, her request for a vacation payout was denied, again in accordance with the collective bargaining agreement. She then filed a multi-count civil rights lawsuit.

Following discovery, U.S. District Court Judge Chang rejected all of Smith’s claims. First, the Court found that it was reasonable for the department to defer entry into the FTO program in light of the impending deployment, because she would have had to start from scratch on her return given the intense nature of FTO. Second, the Court found that the department did more than it was legally required to do in order to accommodate Ms. Smith’s drill schedule. Finally, the Court found there was no evidence of any sort of anti-military hostility or other USERRA violations on the part of management during the course of Smith’s employment with Downers Grove.

CLICK HERE for the link to the extensive 36-page Opinion:

Please feel free to contact us should you have any questions about the case in particular or USERRA employment issues in general.